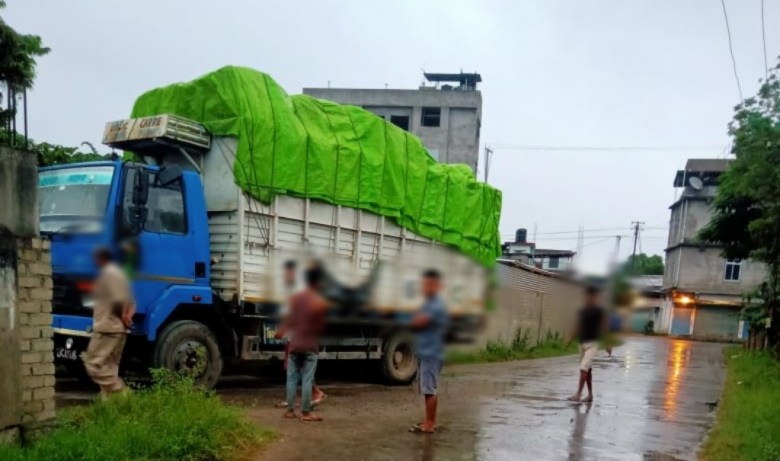 Nagaland, September 23: The 31-year-old truck driver was shot dead in Dimapur in Nagaland in the early hours. The name of the truck driver Jiten Gogoi, a resident of Dhemaji, Assam, was shot dead near the IMC Hall around 2:30 am.

When the body was discovered by the police, they immediately took the body to the hospital. Those behind then incident are yet to be identified. There were two gunshots wounds on the body. He was shot from a close range with a 2.2 pistol. According to the police, there were no eyewitnesses when the incident took place as it was an odd hour when people usually sleep.

A case has been registered at the West police station and an investigation is underway, according to the police.

The police said that the victim was identified from his driving license and he was driving a truck that belonged to the Star Cargo transport agency. The truck was routed from Guwahati to the New Field check gate around 1:46 am. The truck was partially loaded with household stuff like candles, sanitary wares and also animal feeds.

Previously a month before, Nagaland witnessed a similar case where a man in his 40s was shot dead by unknown miscreants at his home on August 4, 2020, at new Beisumpui village, Peren district. He was shot dead in the night of 4th August around 7:30 pm. That time there was no one else present in the house.

On 27th March, a senior official of the Nagaland government who run cement plant was shot dead by unidentified gunmen near Chizami in Phek district. Five bullets were pumped into his chest by the unidentified in the presence of the vehicle and another occupant. The victim died on spot.

These are the similar cases that took place in Nagaland as of the truck driver Jiten Gogoi. The police have been investigating. Meanwhile, the Public Action Committee (PAC) of Dimapur in Nagaland, has appealed to the district administration to investigate the case and to punish the culprits.