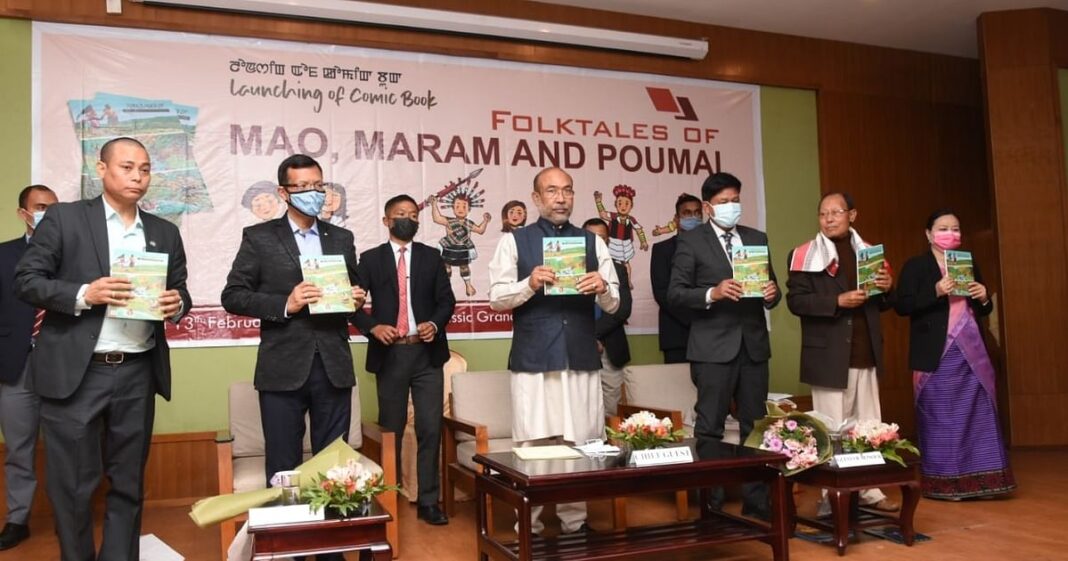 “The basic objective is to introduce our own comic book to our children so that they can digest it easily and it will also help in preserving the lifestyle, traditions, and culture as well.” said Th Kirankumar, the deputy commissioner of the Senapati district and also the author of the book.

The 135-page color comic book called Folktales of Mao, Maram, and Poumai were written by the officer with the help of inputs by literature societies of the three major tribes. Kirankumar added that the comic the book could also help reach out to the masses apart from preserving the folktales of the communities.

Manipur chief minister N Biren Singh said the folktales written in comic book format could help in reviving the bonding among different communities of the state and help in easy dissemination of historical facts related to the concerned tribes and their bonding. Lauding the writer and the contributors, he said there was a need for more such comic books that brought out stories told by elders residing in the interior parts of the state.

“It’s my pleasure to have attended the launching of Comic Book titled ‘Folktales of Mao, Maram and Poumai’ at Hotel Classic Grande today. Children and students will learn faster through vivid images of historical facts and folktales depicted in such comic books.”

The comic book is a collection of 15 short stories consisting of seven folktales of Poumai, five of Maram, and three of Mao tribe.