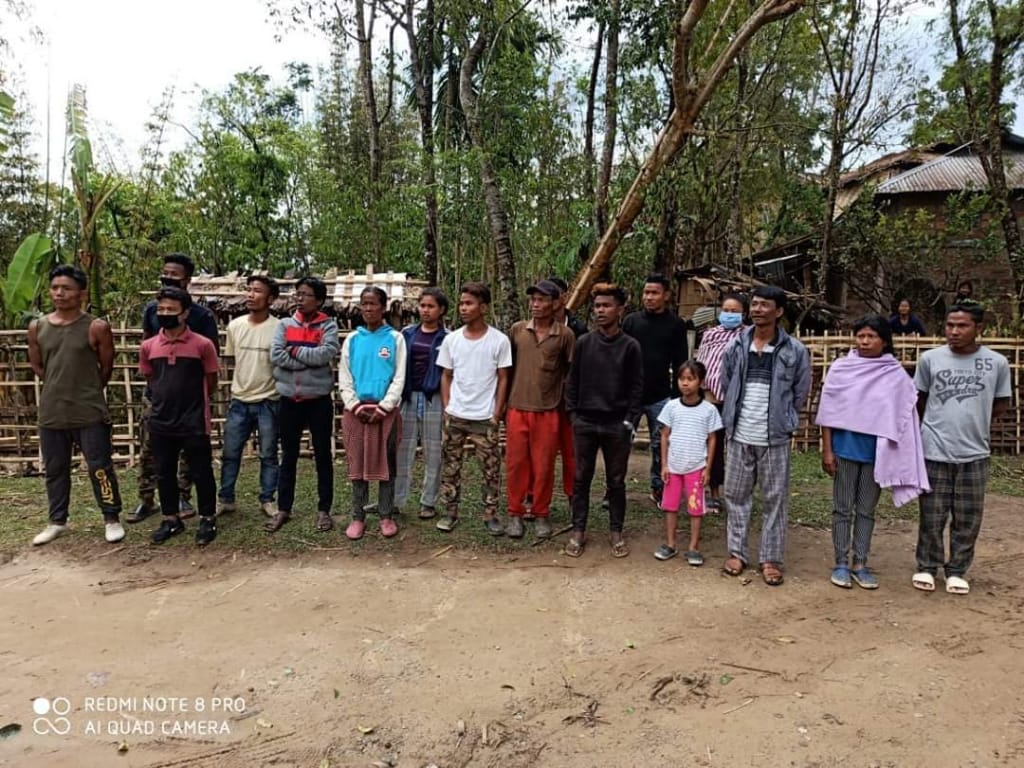 Guwahati, April 19: 16 arrested for illegaly entering in Manipur. Manipur police had arrested 16 persons including 6 women and one minor child who stealthily entered across Barak river in Jiribam district on Saturday night amid the Coronavirus lockdown.

According to the reports, a police patrol team of Borobekra police station had intercepted the persons and on verification they all are of Kaishem punjee village under Borobekra subdivision and they came from Saifai of Mizoram on foot in the night without any authority during the lockdown and curfew hours.

A police official of Jiribam district said that they were arrested and an FIR is initiated against them under FIR No 1(4)2020 under section 188/269/34 of IPC with section 51( b) of Disaster Management Act.

The 16 arrested for illegaly entering in Manipur, were produced before the Judicial Magistrate, Jiribam to remand into judicial custody.
The court released them on bail with an order to remain under home quarantine for 14 days.

Jiribam district police also informed them to maintain the protocols during the home quarantine period and also appealed to all the general public in the district to stay home and safe so that no such legal consequences will be faced.