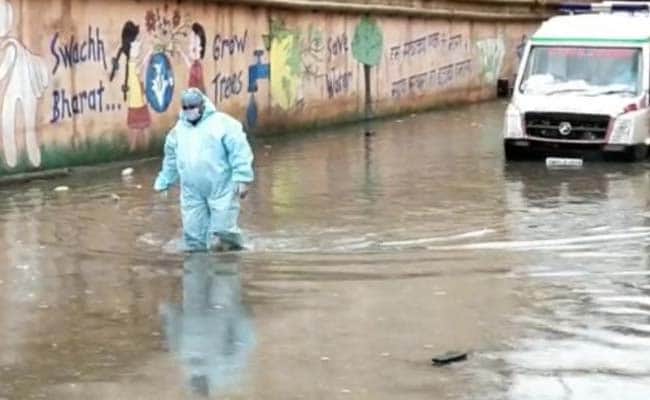 142 people die due to flood and COVID19 in Assam, a big challenge for the government to deal with both

Guwahati, July 20: Assam is now fighting with both COVID19 and floods, which together have so far claimed 142 lives.

85 people have lost their lives due to floods while 57 others died due to COVID-19 in the state.

The state has so far registered nearly 24,000 positive cases for COVID-19.

On the other hand, the flood havoc is continued in Assam as over 25 lakh people of 24 districts are still affected in the current spate of flood.

Many people in the state have faced hardships due to both COVID-19 and floods and many of them are facing food crisis also.

This year, Assam hits by the devastating flood third times within two months.

Over 54 lakh people of 30 districts out of 33 districts of the state have been affected in this year’s flood so far.

According to the Assam State Disaster Management (ASDMA) authority, nearly 51,000 people are currently taking shelter at 302 relief camps set up by the administration in the flood-hit districts, but thousands of other people are living on roads, embankments after the floodwaters entered their homes.

The government is appealing the people to maintain social distancing norms to curb the spread of the novel Coronavirus (COVID-19), but the reality is far different.

Social distancing norms have not been followed at the relief camps or on roads where the flood victims are being forced to live.

Hundreds of flood-affected people are being forced to live within a compact area.

Now it has become a big challenge for the state government to deal with both flood and COVID-19.